Astrum Wine Cellars is widely recognised as one of the United Kingdom’s best specialist Italian importers, we are proud to exclusively represent over 90 producers in the UK market. The majority of these are Italian wineries but we also have a growing selection of wines and spirits from Central Europe and beyond. Astrum was founded in 1997 by Bruno Besa together with long-term friends and former colleagues Max Folli and Stefano Benato. Soon after, in 2005, Mark Perna joined Astrum, and fourteen years later has progressed to Sales and Marketing Director of the company. In 2013, Marco Michieletti joined the team as General Manager to look after the daily logistics both in and out of the office. The team is completed with Dora Turbett as the Marketing Manager and Thomas White as Head of Growth. 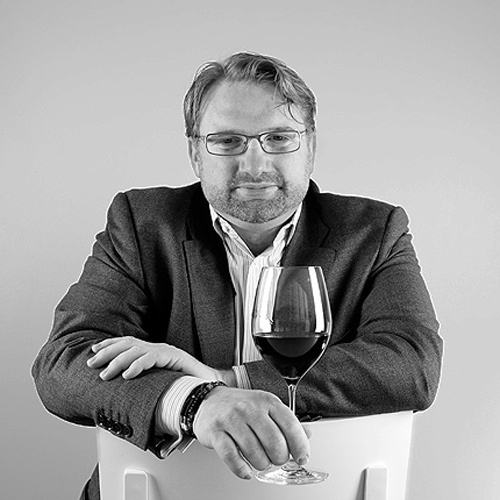 Bruno started out working in restaurants when he was just 15 years old, which is where he began to find a passion for wine. Bruno has now worked in the wine trade for over 25 years. A former sommelier at The Dorchester collection, he is a regular contributor to The World of Fine Wine magazine and he judges for the Decanter World Wine Awards. He loves the passion that everyone in the industry has and the people who make it so special. He loves to taste and drink wines, and as time goes he finds himself preferring more and more restrained, elegant white and red wines, ranging from traditionally crafted Nebbiolo and Pinot Noir to Central European aromatic whites. 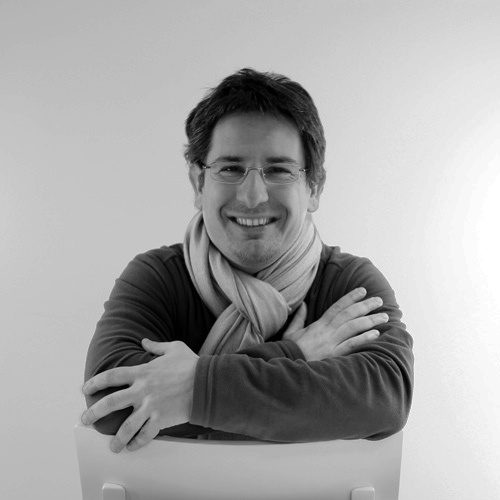 Stefano has a long and distinguished career in the world of food and wine, starting out young working in Italy and throughout Europe first as a waiter and in catering, in simple restaurants but also 1 to 3 Michelin starred ones, and then honing his wine skills. “…But my full immersion in the wine business became reality early in 2001, when Bruno literally snatched me from my hometown and got me back into UK!”. Stefano loves wine for it’s  “ … a never ending story, developing everyday with new frontiers”. His favourite wines are Pinot Noir from Burgundy and Germany, Pinot Blanc from Alto-Adige and Fiano and Greco from Campania as well as Aglianico from the South of Italy. “…but of course Barolo complements them all!” he laughs. 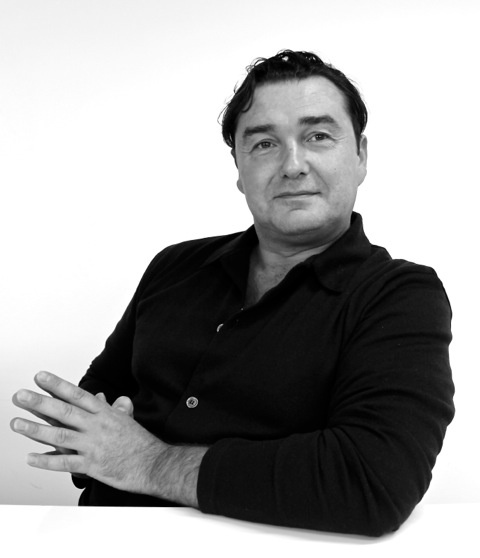 Max has been involved in wine since he was very young, opening his first restaurant when only 18 years old. “…and London, with the amazing array of wines one can taste from all over the world, has opened my eyes even further!” He loves the complexity of the wine business, and over the years has come to appreciate that there are so many different people with so many different tastes: “… which makes our job more challenging and satisfying. However we who love wine all speak the same language, and ultimately, quality speaks for itself and we can all agree: I think this is quite wonderful!” His personal loves have gradually narrowed over the years: “At the very beginning I was very open minded and keen to try it all. But now I have the answer! I absolutely love traditional Pinot Noir and Nebbiolo. As for the whites: Riesling, Gruner Veltliner and top Chardonnay”. 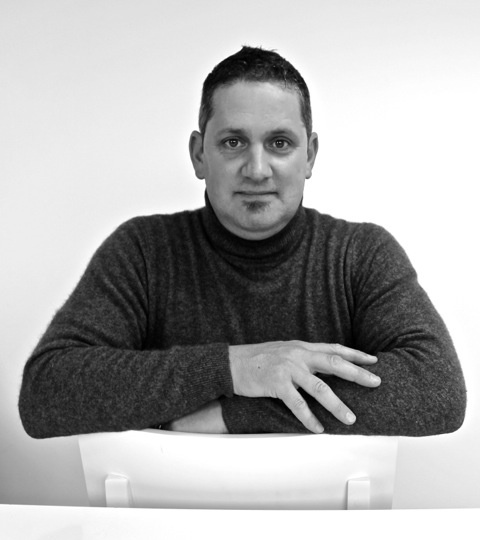 “My beginning in the wine industry came when I was asked to work part time at my local winery, Brown Brothers, during school holidays. Over this time I was introduced to their Cellar Door Manager, Russell Green, who took me under his wing and delighted me with his passion, knowledge and enthusiasm. I haven’t stopped working with wine and sales since!” Mark loves the fact that all those in the industry relish the opportunity of opening and sharing great bottles of wine with other passionate people, and is still excited about the thrill and satisfaction gained from introducing people to completely unknown wines or wines from regions previously unknown. He’s another Nebbiolo-lover in the Astrum group, though that means Nebbiolo- based wines too, not just Barolo and Barbaresco. “… the attraction is in their complexity, perfumes, purity, structure and ageing capabilities. A close runner-up is Riesling, wines that are great young or with age and display amazing diversity from different countries, regions or simply producers". After fourteen years with Astrum, Mark has taken on new responsibilities and his role has evolved to both Sales and Marketing Director. 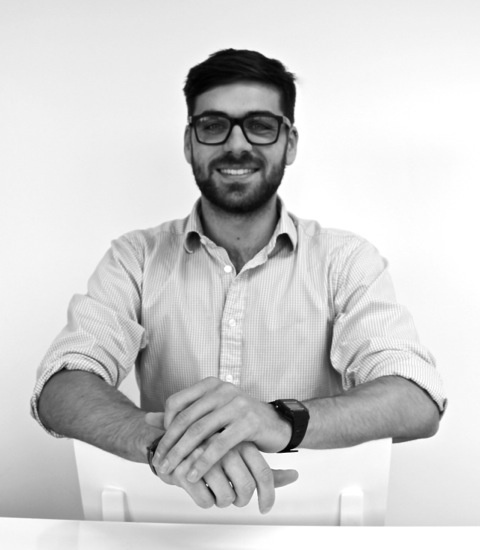 Thomas has always worked with food and drink but it wasn’t until studying in Turin as part of his degree that he really became interested in wine: ‘the quality and price of the local wines available in the enoteche in Turin are enough to turn anyone into a wine-lover.’ In Italy, spending time with people whose families are winemakers led him to discover the beauty of the vineyards in Piedmont where he was introduced to the winemaking process. The following summer, looking to learn more about wine and the industry in general, Thomas worked the grape harvest on an organic vineyard in Languedoc-Roussillon in southern France. After this incredible experience, he knew that a career in the wine trade was for him. Upon completion of his degrees in French and Italian at Warwick University, he joined Astrum in 2015. In May of 2018, Thomas decided to leave Astrum Wine Cellars to begin working with City Pantry as Senior Sales Manager,  taking the time to deepen his understanding of emerging techniques and technologies for a rapidly expanding start-up. After a year away, Thomas rejoins Astrum as Head of Growth using his recently acquired skills and knowledge to help nurture Astrum’s evolution. 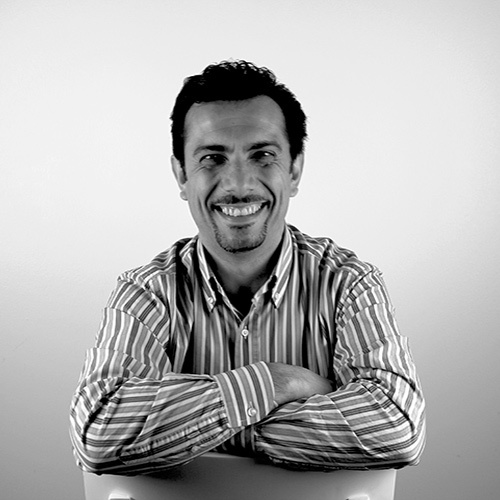 Marco was born in Asti in the southern part of Piedmont, an area renowned throughout the world for the production of many white and red wines. After finishing his financial education, he realized how passionate he was about the F&B industry. He began his professional career in Italy working at various restaurants as a Chef Trainee, before deciding to start a management trainee program with the Michelin starred group of La Smarrita in Turin. Marco decided to carry on with the training abroad, so he moved to Switzerland. In 1991, he moved to London where he has worked for the prestigious Ritz Hotel, The Lanesborough Hotel, The Capital Group, as part of the Management Team, as well as, The Hempel Hotel, Myhotel Bloomsbury, as Food & Beverage Operations Manager. Marco’s vast experience, enthusiasm, and passion for the industry and desire to succeed make him a vital part of Astrum Wine Cellars.

Pandora started her career, like many others in the wine industry, working in hospitality which is where she found her passion for wine. In 2011 she started at Plumpton College where she studied a three year BA in Wine Business. Upon graduating, Pandora moved to London to start her career in wine and began working for Vagabond Wines, an award winning independent wine shop and bar in Fitzrovia. After one and a half years with Vagabond, her yearning to travel and desire to learn more about the production side of wine resulted in her moving to Australia for six months. Pandora worked for Margaret River Vintners as a Cellerhand where she was able to put theory into practice and gain an in-depth understanding of wine production. After the vintage in Aus, Pandora moved to Bordeaux in order to compare and contrast Old and New World winemaking, she spent three months working for Union de Guyenne. Returning to London, Pandora is very happy to be part of the expansion of the Marketing Department at Astrum. 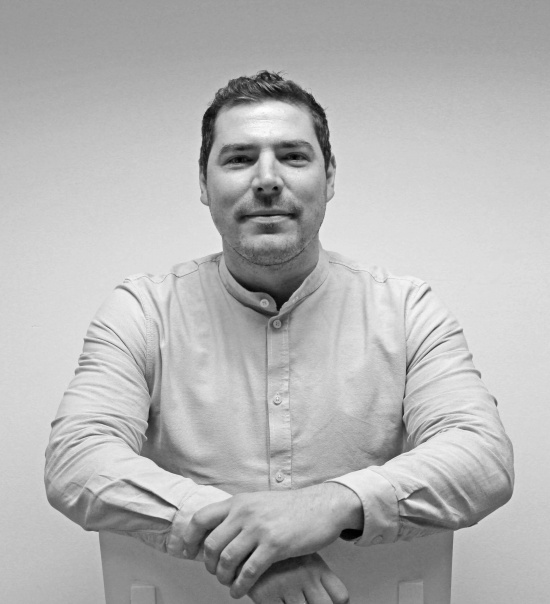 Julian joins Astrum with an impressive 10 years of experience in the wine industry. Originally attending UCL to study Geography, his career took an unexpected detour when he decided to write his dissertation on the English wine industry. Leaving university, he knew that he wanted to pursue a career in wine and started off by joining online wine retailer Slurp as an intern, which soon lead to employment. Looking to learn more and immerse himself in the industry further, Julian left Slurp to work for the Hawksmoor Group as a Sommelier. During his 5 years at Hawksmoor, he spent his time developing his knowledge and advancing career, including qualifying as a WSET trainer which led to his role as the group wine educator, helping the group expand and open new sites, and playing a key role in creating and building their wine lists. For the past 5 years Julian has been working for Bibendum as part of their on-trade sales team, looking after premium restaurant groups and independents. One of the reasons Julian chose to join Astrum is his passion for Northern Piedmontese wines “I love, not just your Barolo’s and Barbaresco’s, but the wines of Gattinara and other lesser-known areas of Piedmont. I am also a massive fan of Dolcetto”. In his spare time, you’ll catch Julian spending time outdoors, he loves walking and hiking, going to the pub with friends for a “proper old-school ale", cooking at home and watching films; anything from a thought-provoking foreign film to the cheesiest Christmas classic.