Sweet Winemaker of the Year 2022

It was clear even from early on that for most of the big Barolo producers, the 2010 vintage promised to be a spectacular example of this Nebbiolo beast of Piemontese wine. Highly respected wine journalist Antonio Galloni of Vinous Media has recently updated his report now that the late-bottled 2010 Barolos have reached release, and his redefinition of 2010 as ‘one of the all-time great vintages’ certainly bodes well for ‘Italy’s most noble red’. At Astrum, we are delighted that his report not only covers Ettore Germano, one of our remarkable producers of Barolo, but pays tribute to the family as an emerging artisan producer to watch very closely in the years to come. According to Galloni’s Vinous Media point system, he classified the 6 wines tasted as follows:

We currently stock the 2010 Serralunga and the 2010 Cerretta at Astrum (along with various other vintages of the wines listed above and indeed, other wines produced by Germano), and were therefore also thrilled with Galloni’s written notes on these two wines. He describes the Serralunga, whose lifted aromatics consist of crushed flowers, red berries, tobacco and anise, as a gorgeous example of the firm tannins Serralunga is known for. Meanwhile, the aromas of smoke, tobacco, earthiness and iron in the Cerretta combine to make a ‘distinctly ferrous and earthy’ Barolo with ‘considerable mid-palate depth and power’. Both wines are aged for two years in 700 litre French oak barrels, before bottle aging for 15-18 months.

If you would like more information on any of the wines from Ettore Germano please either email us at info@astrumwinecellars.com or click here to visit Germano’s profile on our website. Furthermore we can import any of the Ettore Germano wines, regardless of whether we currently stock them or not, so if you are interested in products not listed on our website, please don't hesitate to contact us anyway and we can arrange an order for you.

For those of you who have not yet discovered it, we strongly recommend signing up to Galloni’s Vinous Media to ‘explore all things wine’. 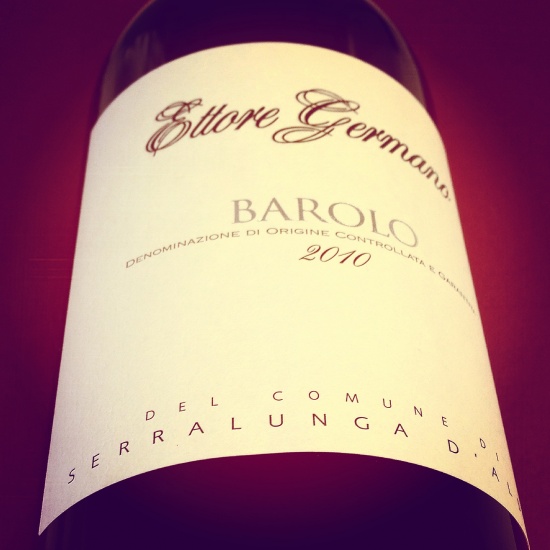